A fantastic tournament and we finished 3rd overall, our best ever result. Well done!

It was amazing with the team excelling and exceeding expectations by winning our group. We are now through to the final!

Clean sheets in every game and some fantastic performances as a team. All children believed in themselves and each other and were a credit to the school. Well done.

Well done to all the children who competed in the Finals. There were some very good teams (all winners of their district) and the children should be proud of themselves. We dominated many of our games, but it just wasn't our day despite the excellent attitude and commitment from all. We came 6th overall which is still a fantastic result.

We had a super afternoon at the Tag Rugby Tournament in Hinchingbrooke.

They worked really hard together as a team, improving each match.  It was a job well done and we were really proud of them and their spirit. 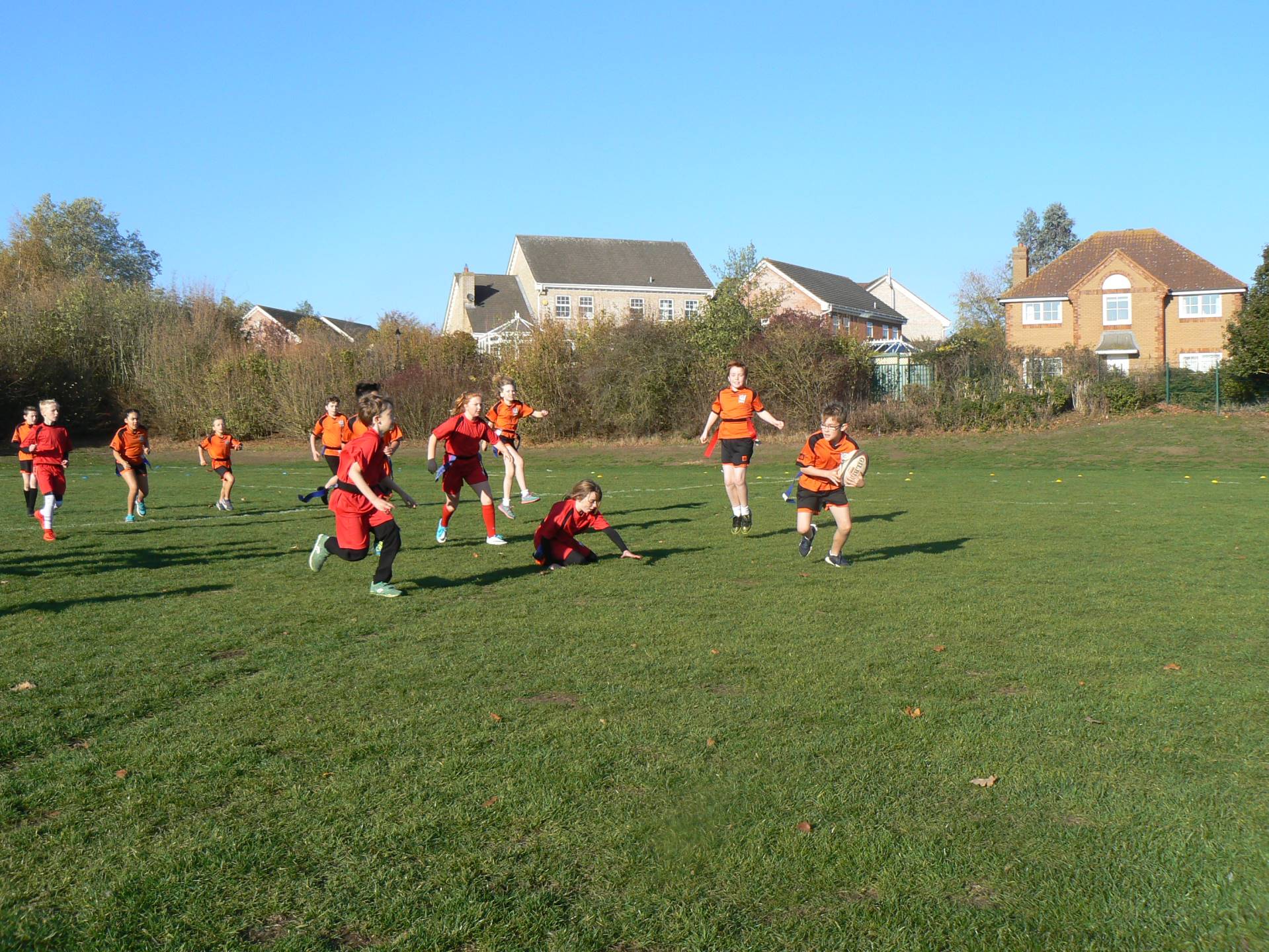 Well done to Great Paxton on their second place in the Spring Tournament for small schools. Another fantastic effort throughout the afternoon!

We participated in a Y3/4 friendly tournament - the first time we have played competitive football with this age. It was a fantastic afternoon!

We were certainly a hard team to beat! We came 5th overall - so well done to all the players especially as it was a freezing cold and windy day!